Some of us might have a friend whose pet accidentally ate a pot brownie once, but a veterinary hospital in Denver recently reported a significant rise in dogs coming in after ingesting marijuana edibles. Alameda East Veterinary Hospital used to see seventeen dogs a year for marijuana sickness, but since marijuana became legalized, it’s now increased to seventeen dogs a month, according to staff.

What causes dogs to become so sick from edibles? Dr. Jamie Gaynor of Peak Performance Veterinary Group says it’s hard for veterinarians to tell how much THC a dog has ingested, and that some ingredients in edibles are potentially lethal for dogs. “People don’t know how much of an edible the dog has gotten into, whether it’s one edible or a whole bag of edibles,” he explains. “Chocolate or xylitol are common ingredients in edibles, and are also toxic to the dog.”

Add in the effects of cannabis, which gets dogs much higher than humans, and you’ve got one more thing to keep out of reach of your furry friends. To make sure your pets are safe from any dangers of marijuana consumption, we asked Gaynor how to realistically keep edibles away from dogs, and what to do in case they eat some.

The rule “Keep out of reach of children” is often applied to dogs, too. Edibles placed at the back of the kitchen counter or in the middle of the dining table might keep edibles at bay from smaller dogs, but likely won’t be far away enough for bigger, hungry dogs.

“An upper cabinet makes it easier to keep your edibles stored,” Gaynor says. “Neither a small or large dog would be able to get into it and try to ingest them.”

It’s also important to remember to put away any leftover edibles right after eating them, and before the effects kick in — because we all know how much stoned people like to clean up.

If your dog eats an edible

If you notice right away that your dog ate an edible, call your veterinarian to determine the best way to help the dog vomit and avoid further problems. Hydrogen peroxide is one way to induce vomiting for your dog; just be sure to calculate how much you need based on your dog’s weight.

If it’s too late, and your dog is showing signs of marijuana ingestion — exhaustion, wobbly legs or urinary incontinence — contact a veterinarian so they can provide supportive care. There’s no reversal for THC in the dog’s system, but a veterinarian can make sure that dogs ride out the effects with the proper medical attention they need.

Caring for a high dog

Once dogs have ingested marijuana, their body functions could be affected for over a day. Monitor them as they walk, especially if your house has stairs or they like to jump on furniture; it’s best to keep them in a safe place until your veterinarian appointment. Closing off certain areas is useful to keep them from injuring themselves, but the best way to make sure they’re safe is constant supervision. You’ll also want to monitor and possibly assist them in going to the bathroom, and making sure they don’t go inside the house.

“Direct supervision is the best way to make sure they’re safe,” says Gaynor. “You never know what your dog can get into in the two minutes you’re gone to get a glass of water.”

Can Dogs Get High?

Yes, dogs can get high from marijuana in a few different ways.

How Does Marijuana Affect Dogs?

What happens if a dog eats weed or inhales secondhand smoke? Here are some of the signs you should look out for if your dog’s exposed to weed, even in small doses. 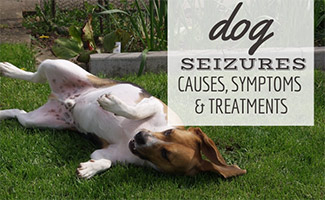 Signs of potential toxicity can be seen anywhere from 5 minutes to 12 hours after your dog is exposed to marijuana. Symptoms can last anywhere from 30 minutes to several days, depending on how much they ingest or inhale.

According to the Pet Poison Helpline (1-800-213-6680), the risk of marijuana poisoning in dogs is moderate to severe. In rare cases, it can kill dogs, especially if a dog ingests a large amount. This could happen if you accidentally leave an open stash of your bag out or if your dog gets into a large pan of brownies or other edibles.

If your dog accidentally eats marijuana, you should call your veterinarian or Animal Poison Control immediately. The ingestion of too much marijuana can be life-threatening.

Does My Dog’s Size Make A Difference? 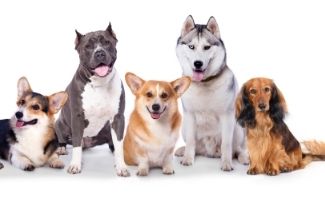 Size plays a significant role in how weed affects dogs. If two dogs—one 75 pounds and the other 3 pounds—get into the same size stash, the smaller dog will have a worse reaction than the larger dog. Their bodies metabolize it differently.

Some dogs also become more “paranoid” after getting high; this is often shown by them panting and pacing. It’s a challenge because you can’t determine which dogs will have this reaction until they’re high.

What happens if your pet gets into your stash?

With consumption of cannabis on the rise, have you ever wondered whether or not weed edibles are safe for pets? In states where marijuana has been legalized, CBD oil for dogs can now be commonly found on the shelves of various pet stores. So, does that mean your dog or cat can eat THC infused edibles, too?

The answer is a firm no. While there hasn’t been much research on the effects of cannabis on animals, it’s becoming clear that THC edibles are definitely not okay for your pet. They can cause health problems for your furry friend, and in some cases, death.

What to do if Your Pet Eats Your Weed Edibles

Along with seizures, dribbling urine and a stumbling gait, symptoms of marijuana toxicity in pets also include low body temperature, low heart rate, low blood pressure, dilated pupils and tremors. In short, it’s not something to shrug about. If your dog or cat is high from eating cannabis edibles, it’s important to get them to a veterinarian immediately.

How quickly and how high your pet can get depends on the animal and how many edibles they eat. The effects can show up in only a few minutes or it might take a few hours. And the symptoms can last anywhere from thirty minutes to several days, depending on the dose. A veterinarian can help your pet get through the ordeal. Typically, they’ll monitor their temperature, their breathing, keeping them hydrated and safe from accidentally injuring themselves, and in some cases, they may induce vomiting if the situation is critical.

Basically, the sooner you get your pet to a veterinarian, the better — even if your dog or cat hasn’t yet shown signs of marijuana toxicity. And more importantly, keep your weed edibles out of reach from your pets. Just like you’d keep them away from your kids.