Moon rocks and cannabis caviar are relative newcomers on the marijuana market, and if you haven’t tried them yet, you’re missing out on an extremely powerful high. Both moon rocks and caviar are high THC marijuana products that exceed the buzz brought on by ordinary marijuana exponentially. Moon rocks have become quite popular in Los Angeles and other California cities, while tokers in Denver have been busy talking up the virtues of caviar. You can buy moon rocks or caviar in Colorado as well as in California, but you need to know exactly what you’re getting for your money before you shop. So what are moon rocks and cannabis caviar, and what’s the difference between them? This article will tell you all you need to know about the differences and similarities between moon rocks and caviar, and also where to buy them.

What are moon rocks?

Moon rocks are choice marijuana buds that have been dipped in hash oil and then rolled in a layer of kief. Typically, only high quality top shelf marijuana is used to make moon rocks, as the whole goal is a highly potent product. Often, the bud will be coated in hash oil and kief produced from the same strain as the bud that’s being utilized. Since moon rocks has the THC content of not just the bud, but also the hash oil and the kief, it can contain as much as 50%-91% or more THC.

What is caviar marijuana?

Caviar marijuana or cannabis caviar as it’s sometimes called is often the same exact product as moon rocks. It’s buds that have been soaked in hash oil, and usually (but not always!) coated in kief. Sometimes caviar marijuana refers to marijuana that has been saturated in hash oil, but that does not have the added layer of kief on the outside. Moon rocks always has both the hash oil layer and the kief coating, whereas caviar always has the hash oil, but may or may not have the kief layer. To put it another way, moon rocks is always caviar, but caviar is not always moon rocks.

How do you smoke moon rocks or caviar?

Both moon rocks and caviar are pricey as well as delicate, so you’ll want to take care how you’re blazing it. If you have some caviar devoid of the kief outer layer, it might be a bit sticky or stiff to the touch. If you have moon rocks, there’s a powdery layer of kief to contend with. You don’t want to waste any of that good THC, so place your moon rocks or caviar on a smooth, hard surface and simply cut off little bits to smoke using a pocket knife or metal nail file. Don’t pack the bowl too full or it will be hard to light, and tilt the bowl part of the pipe downward slightly as you hit it so that the liquefied hash oil will stay on the bud in the bowl rather than running down into the mouthpiece potentially clogging your pipe. Other than that, just smoke it as you normally would, just like a bowl topped with concentrates. You might want to go slow your first time smoking moon rocks or caviar; they have a reputation for knocking out even the most experienced stoners. 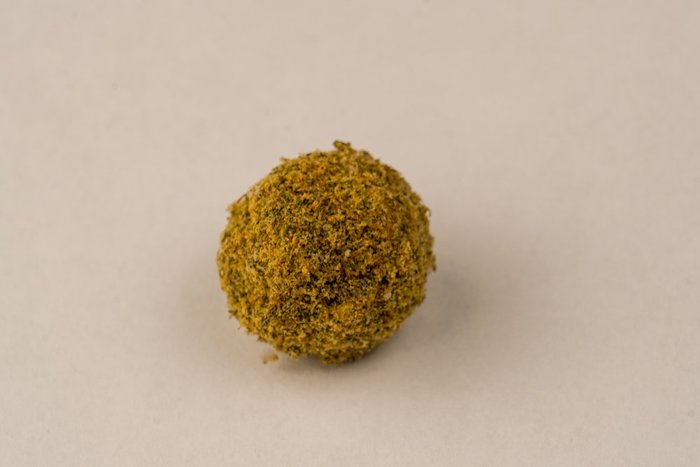 Cannabis caviar, as the name would suggest, is incredibly valuable. Just like its fish egg counterpart, weed caviar is desired throughout the cannabis community for the high impact of THC it gives when consumed. If you’re wondering what marijuana caviar is, it’s simply (and splendidly) a nug of weed dipped in hash oil and coated in kief. Caviar can be made from any strain and the potency differs greatly depending on the weed and weed source in question. Wherever you get your cannabis caviar, make sure to treat it with all due respect and a healthy dose of caution. Even everyday stoners can bite off more than they can chew with these loaded balls of THC. Think of edibles without the wait and that’s basically the effect you can expect to feel with a strong dose of cannabis caviar. For a less intense cannabis caviar high try smoking less by either pacing your hits or splitting the weed with a friend. You can certainly get too high with this product. Always play it safe when it comes to drugs, even with weed.

So you may be wondering at this point, what exactly is the difference between caviar and moon rocks? To be honest, there isn’t much other than the name that separates the two. Your region, exposure, and personal preference probably have more to do with differentiating the two than anything else. They’re more or less identical in the ways that count! The most telling difference? Fancy people buy weed caviar and more eclectic people buy moon rocks.

If you’re looking for nuanced differences in cannabis caviar vs. moon rocks then the only (ever so slight) difference is down to the kief. Moon rocks are just about always coated in kief while cannabis caviar might not be. This difference is pretty minuscule considering most weed caviar still comes coated in glorious, THC-filled kief, but for the disappointing few that don’t, this distinction might be important. Either way, the difference in caviar vs. moon rocks is so small that it doesn’t (really) matter. Unless your weed standards are super high, either product will get you where you want to go. After all, what’s in a name? A moon rock by any other name is just as potent. 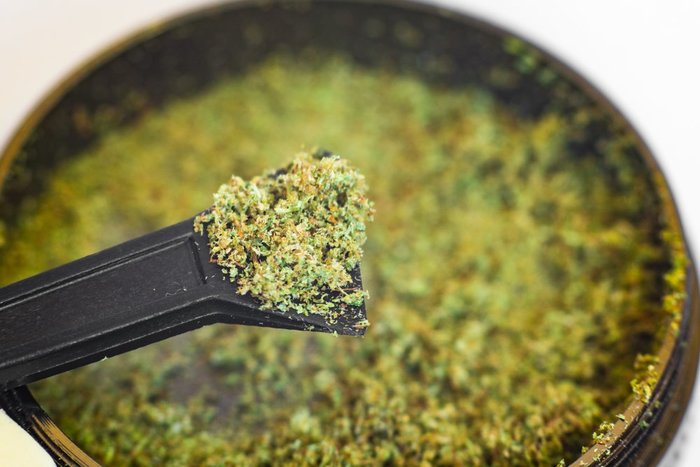 If you’re wondering why people like caviar and moon rocks then you’ve probably just never had them (or you don’t like feeling really high). Generally, people who love a strong weed high love these delightful nugs of THC, especially those who don’t enjoy smoking a ton for the effects to kick in. Moon rocks and cannabis caviar are perfect for people with a low smoke tolerance and a high weed tolerance. They’re also a great way for a heavy cannabis consumer or an everyday toker to add a little oomph to their next smoke session. Nothing quite blows a hardcore stoner off their feet like moon rocks and caviar, which is probably what gives it its appeal. After all, after you smoke enough, weed novelty in and of itself is attractive. And with the cannabis market only growing, now is the prime opportunity to try out all these new and awesome cannabis products. Who knows, maybe after giving moon rocks and cannabis caviar a chance you’ll become a fan too. But don’t say we didn’t warn you!