Cannabinol, or CBN, is a mildly psychoactive component found in cannabis which, like strongly psychoactive THC, is derived from tetrahydrocannabinolic acid (THC-A). CBN is created when THC-A oxidizes.

CBN can be used effectively as a sleep aid or sedative. This cannabinoid has also been shown to help regulate the immune system and works to relieve the pain and inflammation caused by several conditions, including arthritis and Crohn’s disease. Studies show that it can be used to reduce the intraocular eye pressure caused by glaucoma. CBN acts as an anticonvulsant, so it is also beneficial to patients suffering from seizure disorders including epilepsy. 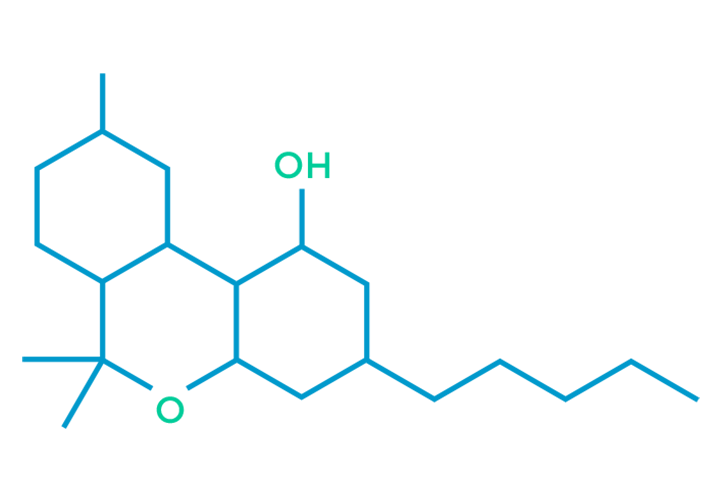 Many people confuse CBN and CBD — it’s hard to keep track of all those similar acronyms. That said, there are a few key differences between CBN and CBD.

The first difference is that we know way more about CBD. While research on the benefits of CBD is still in its infancy, it has been studied far more than CBN.

You might also notice that CBN oil is harder to find than CBD oil. Because the latter is more well-known and well-studied, there are plenty of companies that produce CBD. CBN is less accessible (at least for now).

What are the benefits and uses of CBD?

CBD is a nonpsychoactive cannabinoid, meaning that it doesn’t make you feel high like tetrahydrocannabinol (THC). People commonly take it to treat pain and anxiety, among other conditions.

Research on CBD is still in the beginning stages, but some early studies have had promising results and found that CBD has a good safety profileTrusted Source.

CBD is sold in a variety of forms, including:

Here’s what the research says so far about CBD’s potential benefits:

Early studies have found that CBD may be a potential alternative to traditional medications for treating anxiety and depression. Researchers still aren’t exactly sure how it works, but it’s thought that CBD’s benefits could be due to its action on 5-HT1A receptorsTrusted Source.

In a 2019 Brazilian studyTrusted Source, 57 participants were given either a placebo or 150, 300, or 600 milligrams (mg) of CBD before giving a public speech. The researchers found that participants given 300 mg of CBD had significantly reduced anxiety.

In a 2019 studyTrusted Source led by Dr. Scott Shannon, participants with an anxiety or sleep disorder were given 25 to 175 mg of CBD per day. At a follow-up a month later, 79.2 percent of participants reported improved anxiety symptoms.

A 2020 review of studiesTrusted Source concluded that CBD could be a potential treatment option for a variety of neurogenerative diseases.

Research is ongoing on CBDs potential to treat:

CBD under the name Epidiolex has been approved by the Food and Drug Administration (FDA)Trusted Source to treat Lennox-Gastaut and Dravet syndromes (two rare forms of epilepsy) and seizures caused by tuberous sclerosis complex (TSC).

Many people report that CBD helps them sleep.

There’s some scientific evidence that CBD may improve sleep quality, but more research is needed to fully understand its potential.

In the same 2019 study led by Dr. Scott Shannon, the researchers found that 66.7 percent of participants reported improved sleep quality after a month of taking between 25 to 175 mg of CBD daily.

ResearchTrusted Source has found that CBD may be effective at reducing chronic pain by interacting with the body’s endocannabinoid system.

Research has found that CBD may reduce symptoms caused by cancer treatment, such as pain and nausea.

Some very early studies have also found that CBD may have anticancer benefits.

A 2019 review of studiesTrusted Source examining in vitro and in vivo studies found CBD may help slow tumor growth and increase tumor cell death The study focused on pancreatic cancer.

Aside from popular cannabinoids, such as THC, CBD, and CBN, cannabis contains about 150 different cannabinoids, and many may have their uses, as they act on the body differently. Some of the more researched compounds include:

Much of the research around these compounds is in the early stages. As more studies come to light, experts may find new treatments with these individual cannabinoids.

Terpenes are abundant natural compounds, found commonly in several plants. The cannabis plant contains varying levels of terpenes and terpenoids depending on the strain, including:

Researchers believe these compounds improve the effects of cannabinoids in cannabis through a concept known as the entourage effect. This idea suggests the plant compounds working together have a greater impact than the sum of the compounds themselves.

A study in Cannabis and Cannabinoid ResearchTrusted Source notes these compounds appear to produce effects in the body, even though the substances occur in low doses, which seems to support the entourage effect.

This effect is why many people choose full-spectrum or broad-spectrum cannabinoid products, as they deliver many of the different cannabinoids found in the plant.

Plant People is on a mission to help connect and heal people through the power of homeopathic remedies. Our fast-acting, organically-grown, full spectrum hemp extracts contain everything you need to help balance a busy life. From CBD skincare to CBD tinctures, our products are created to help you live a better life through the power of plants. They contain CBD, CBN, CBG and more. In addition, the lab-tested products are:

Where to Buy CBN Oil

If you are looking for a good night’s rest and no other medication or supplement is doing the trick for you, maybe you should try CBN oil.

Where to buy it? – Check out the most reputable CBD brands and you will find it. Even though it may seem difficult at first, as this is still a new product, once you visit the official websites of these brands you’re on the right track.

To make this task even easier, we have compiled a list of the best CBN oil available on the market and presented them here with their main features and prices.