Exotic and potent, Ice Cream by Paradise Seeds is a unique, award-winning cultivar. This bushy plant puts out dense nugs with tightly clustered trichomes, and the tasty terpenes offer flavors of vanilla and pine while the aroma is pure skunk. The high is usually balanced, so you’ll find your body relaxed and at ease without putting you straight to bed.

Ice Cream is known for its creamy taste and its high THC content. Paradise Seeds say this strain is 60% Indica, but effects of the mind and body have been experienced from this high. This bud produces a sweet, vanilla fragrance with flavors of vanilla, creamy, nutty, and honey.

Ice Cream is an Indica-dominant hybrid offered by Paradise Seeds. It has placed in two prestigious Highlife Cup Competitions. In 2008, Ice Cream came in 2nd in the Hydro category, and in 2009, it placed 3rd in the Bio category.

Patients choose Ice Cream primarily for the treatment of stress. The strain allows patients with anxiety and depression-related disorders to relax. Ice Cream’s Indica-based effects are also helpful to those seeking relief from mild aches and pains. Patients dealing with anorexia and other eating disorders may find Ice Cream useful in inducing appetite.

Ice Cream’s exact genetics are unknown. When grown outdoors, this strain flowers at around 55 to 60 days and is usually ready for harvest in October. Indoors, Ice Cream grows best in the Sea of Green technique. It features an above average yield both indoors and out. More information about growing this strain can be found at King Green Buds.

Ice Cream is an Indica dominant marijuana strain with an Indica/ Sativa content of 60/40 percent. It is hybrid cannabis produced by Paradise Seeds. It has dark green and long leaves. The strain has green colored buds with frosty trichomes and reddish hair. It is rated as grade A+ strain by most of the tokers. It has an indoor flowering period that ranges from 55 to 60 days and has a good yield of more than 500g/m2. It has a smooth smoke that feels quite good inside. It has a lovely sweet aroma that is similar to that of sweet candy ice cream. Its taste is excellent and makes you feel as if you are eating a smooth and creamy ice cream. It produces a buzz that affects your head and body equally and is quite strong. Ice cream is very potent cannabis so its THC level is expected to be moderate to high. The numbing sensation produced by the strain lasts for quite a while on your system. It is a good treatment for stress, anxiety, depression and loss of appetite. It is safe to smoke but tends to make your eyes and mouth quite dry. Some people experience dizziness, paranoia and anxiety after using it too.

What is the Ice Cream Strain?

Ice Cream strain was pioneered by Paradise Seeds and is a strain that boasts a heavy-indica background. It’s popular amongst both growers and users and boasts about a 60% indica and 40% sativa split. It’s a potent strain and its parentage is a mystery, though some speculate that it’s a mix between LA Kush and Chemdog – but this is unlikely.

Ice Cream marijuana has an aroma that is part dessert with creamy vanilla notes, swirled with refreshing pine and a sweet, deep, candy smell. Upon the exhale there is a slightly tangy, skunky undertone.

The Ice Cream weed is well known for its frosty, white and copious trichomes, which is reminiscent of freshly fallen snow. Its densely packed buds are also laced with reddish, orange and yellow hairs and it boasts lateral stems with large, deeply verdant fan-like leaves.

The Ice Cream strain has a smooth, creamy, delicious vanilla taste on the inhale. Upon the exhale, there are hints of deep, earthy pine and wealth of candied, sugary notes. Ice cream also possesses a slightly tangy, skunky taste, but overall many find its flavor to be sweet, full-bodied and pleasant. 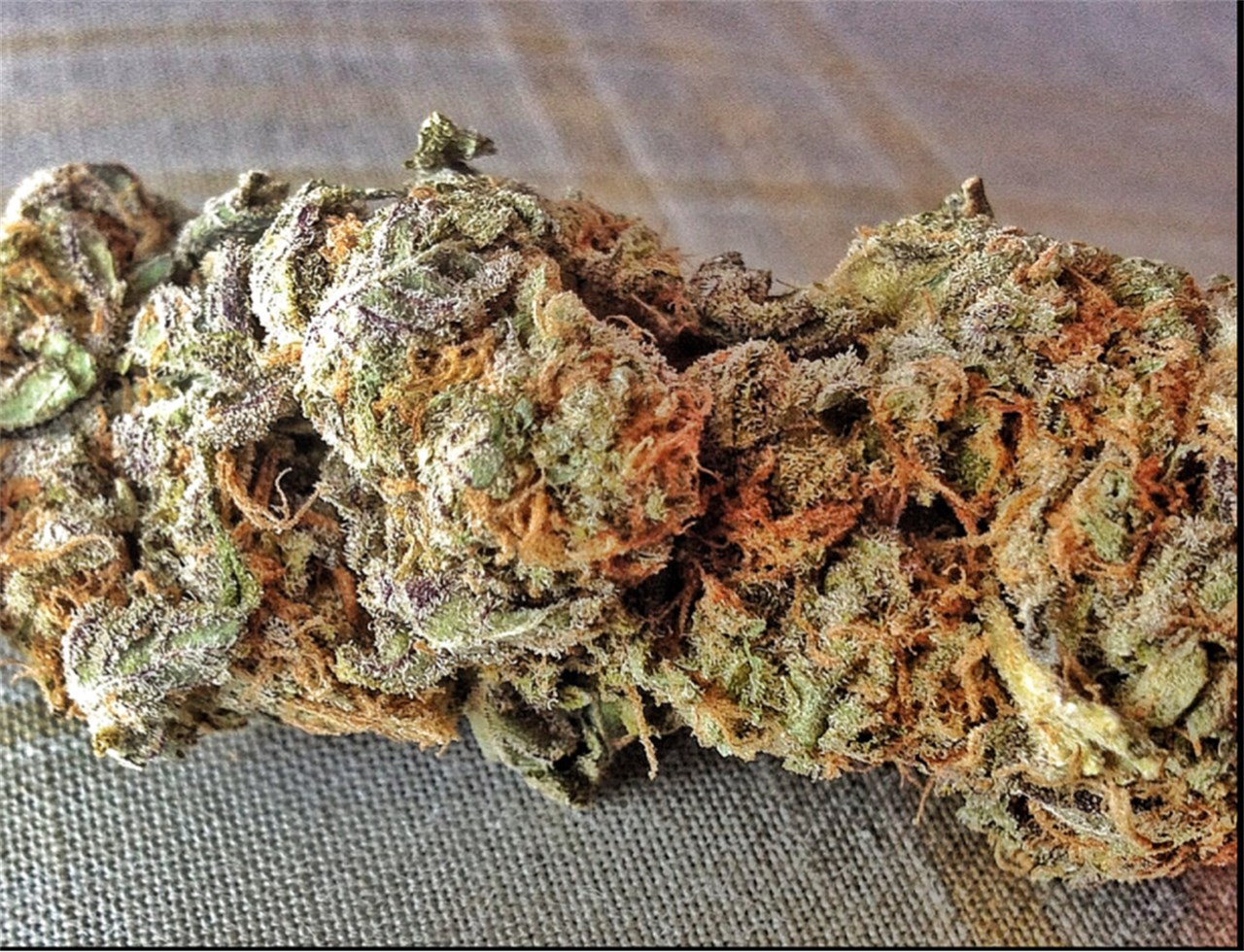 Ice Cream strain seeds are often rated as grade A+ amongst cultivators and users alike. This strain grows very well indoors, and many growers using the SOG method attest to their high yields. Ice Cream is known as the “Ferrari” of strains due to its fast-growing properties. Ice Cream weed has a growing period of about 55 to 60 days (8-9 weeks) and cannabis lovers state that they’ve seen yields of more than 500g/m2.

Those who partake in Ice Cream often report a reduction in stress levels. The strain is said to be an option for those who seek relief from anxiety and depression, as well as disorders such as PTSD. It is also reportedly an alternative to traditional analgesics. Users state that it mitigates many types of bodily aches and pains, including migraines and muscle aches.

Ice cream induces feelings of euphoria and happiness, as well as relaxation. Users indicate that ice cream gives them a feeling of a smooth, let down after a heady, cerebral rush. Ice cream tokers often state that they can feel ‘couch-lock’ after a session as well as an increase in appetite. Others credit Ice Cream strain with a feeling of intense creativity and focus.

Possible Side Effects of the Ice Cream Strain

Ice cream is a very potent strain and for newbies, this could be a bit overwhelming. With such a high THC content, some users have reported adverse reactions, including dry mouth, paranoia, dry eyes, and dizziness. Users can mitigate some of these effects by proper hydration and dosing in small quantities before increasing.