In 2014 in Colorado alone (aka the capital of cannabis), 2.85 million units of edible cannabis-infused retail products were sold. Plus, nearly 30 percent of people who enjoy weed say they use it in edible or beverage form.

But hold up — can we interrupt this programming and say we aren’t encouraging you to eat edibles?

Fair warning: In recent years, cannabis-related visits to the ER have tripled in Colorado. Between 2014 and 2016, about 10 percent of emergency room visits were a result of ingesting cannabis.

Proper measurement of cannabis is crucial. And it’s better to take a less-is-more approach. Remember, it takes longer to feel the effects of edibles, and those effects last longer and can be more intense.

The first thing you need to learn is how to make cannabis-infused oil and butter. Soon you’ll be on your way to gummies, chocolate bars, and gluten-free crispy rice treats that’ll take you and your taste buds on a ride.

Tips for Cooking with Medical Marijuana

You are probably really excited to go into the kitchen and start cooking with medical marijuana; however, there are certain things that you must take into consideration before you go ahead and start creating exquisite dishes infused with cannabis.

Similarly to preparing other recipes, it is rather important that you pay close attention to the measurements and weights that medical marijuana recipes require. If you are a beginner at preparing weed recipes, be sure to use no more than one ounce of premium quality marijuana per recipe. As you practice making these recipes and have discovered what potency of weed works best for you, you can up the amounts you use to cook.

Although heat is required to aid in the discharging of THC, there are other cannabinoids in marijuana that can be destroyed by overheating. As such, the temperature shouldn’t surpass 170°C, when cooking cannabis for an extended amount of time.

Cooking and Baking foods, weed brownies, cannabis cookies, making candy with marijuana, and weed drinks with thc or CBD in them require the use of Edible Marijuana Recipes which are necessary to have so you know how much of each ingredient is required in order to get high or stoned from eating them. Knowing how to make weed butter or cannabutter is one of the first steps you need to know. Marijuana Butter aka cannabutter is butter that has been melted and mixed with extracted thc glands from cannabis plant trimmings or from marijuana buds. Make sure to understand the different effects of inhaled and ingested cannabis.

Marijuana is oil-based, so knowing this is very important when it comes to cooking with cannabis. THC is the pyschoactive property in Marijuana and is contained in the capitate glands that cover its leaves, but the flowers / marijuana buds contain the most THC. When cooking or baking with marijuana, you should always use an oil-based product, such as butter or vegetable oil, as these do a great job at dissolving the capitate glands and releasing the THC. There are a few basic ways of using the cannabis plant for cooking: one is to make butter aka cannabutter and the other is to make flour. Another way is to make Marijuana Alcohol, which you can learn about in our marijuana beverages section. Either way you choose to make your marijuana induced foods requires the use of either the cannabis plant leaves and clippings or using the finished marijuana buds, which is my preference as it is by far the most potent way of making Weed Butter (Cannabutter). You can cook with cannaoil in any recipe that calls for oil.

Below are five recipes for weed edibles you can make at home. Just remember that edibles have a delayed onset (of up to 3 hours), unlike the instant high of inhaled smoke. So start small and be patient. Moderation is your friend.

Tip: Refer to The Cannabist to learn more about how much THC to add to your edibles.

Important note: Statistics show an increased number of calls to poison control centers due to children, adults, and family pets consuming cannabis edibles because they look like familiar treats and were not stored safely. Please label and store your creations with care. 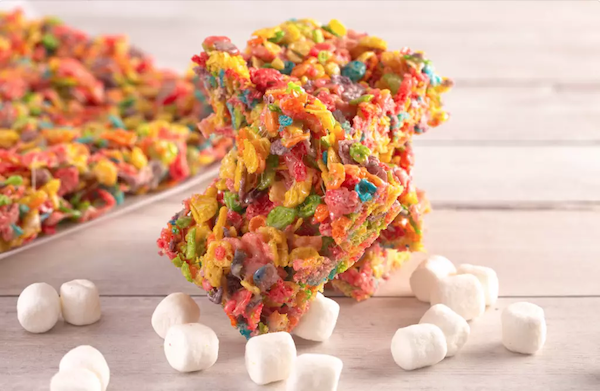 You’re going to need a gummy bear mold for this recipe, and it’s worth it. Once you see how easy it is to form these little bears, you’ll reminisce about eating an entire bag of Haribo in one sitting.

But please don’t eat these with abandon. This isn’t just a sugar high.

These gummies have just five ingredients (two of which are water and lemon juice). You can also freeze your weed gummies so you’re ready for all the festivals (or just a night out with your besties).

This is a chocolate bar you won’t be able to eat in one sitting — and not because of a lack of self-control. If you eat the whole thing… well, we don’t even really know what would happen. But just take our word for it: You’ll be way too high.

Pull out the typical ingredients you’d use to make this easy chocolate, but instead of regular coconut oil, use the cannabis kind.

We’re pretty sure this recipe was created for those of us who can’t even when it comes to spending time in the kitchen. Just melt chocolate and cannabis oil in a pot, coat the bananas, and freeze them.

Yep, that’s it. High-five for fast recipes that can get you… high.

Meet the new pot crispy treat. Made with nut butter, brown rice syrup, and cannabis butter or oil, these treats are going to snap, crackle, and pop their way into your mouth.

Just don’t make them for the charity bake sale. 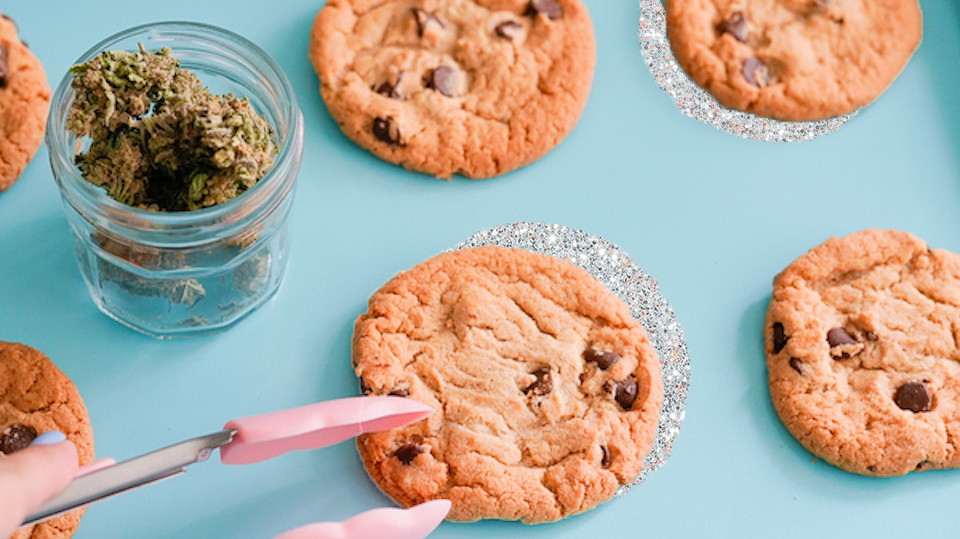 Made from sunflower seed butter, honey, flax, egg, cocoa powder, and cannabis, these brownies rival the ones you made in high school.

For a paleo version, use a regular egg and a nut butter of your choice. And here’s a recipe for a more standard pot brownie.

Now you’re on your way to making cannabis treats at home. And hey, tell your friends to watch who they’re calling a pothead: Some people believe weed has helped them get in the best shape of their lives, and yes, that includes athletes.

The confusion around milk and inflammation

Milk has gotten the brunt of some inflammation scapegoating over the years, in part because of its effects on acne.

There may genuinely be a link between drinking milk of all fat levels and breaking out, according to a 2019 meta-analysis. And since acne is an inflammatory condition, it’s easy to jump to the conclusion that milk is an inflammation-boosting beast.

Experts have found that drinking the stuff can be an underlying cause of acne (but aren’t sure exactly why).

Also stoking the fires in the dairy-causes-inflammation camp is the association of milk with digestive issues. If you (or your sister or your BFF) consistently get sick to your stomach after a milkshake, you might come to believe dairy is pro-inflammatory bad news.

Although many people experience digestive discomfort from a tall glass of milk, it doesn’t mean it’s creating inflammation.

Instead, milk-related tummy troubles are likely due to lactose intolerance — a worldwide problem that affects 30 to 50 American adults, with higher percentages among communities of color.