For decades, ice cream has been a popular cannabis munchies. Ben and Jerry’s is usually the flavor of choice. In addition, incorporating cannabis into ice cream isn’t an unusual concept. It’s about time we made Cannabis Ben & Jerry’s ice cream a reality, don’t you think?

Keep reading if you’re hoping that this ice cream company comes up with a marijuana-infused pint. In an interview by Huffpost (2015), the creators of this ice cream began discussing their project. This falls in line with their wide range of odd tastes. But we don’t want to wait for it to happen. For the ideal weed dessert, try our Cannabis Ben & Jerry’s recipe.

How do I create this cannabis infusion, you ask? 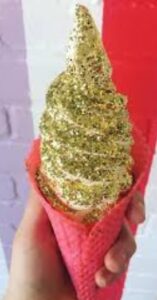 Now, there’s a lot of information we could provide you on how to make Ben & Jerry’s tasting ice cream. Instead, this is a simple method for adding cannabis tincture to their delicious ice cream.

If you’re looking for a way to get the benefits of cannabis without getting high, consider making a CBD tincture instead! Here’s how to make a CBD tincture. This is an excellent choice for people who don’t want to get high because it doesn’t produce the same mind-altering effects as cannabis does. Cannabis has no mind-altering properties.

Please remind your guests that this ice cream contains cannabis. Always state its stimulating effects and make sure to keep out of the reach of children.

Get your cannabis tincture and follow our step-by-step instructions. Make sure you dose your ice cream correctly in accordance with the recipe. The remainder of this recipe is really quick and simple to execute! Following our technique, you’ll mix up the precise amount of THC, which is ready to be eaten!

How many licks of cannabis-infused ice cream do you need to get baked? You’ll have your answer once you finish this recipe.

Here you have it: a delectable marijuana-laced ice cream recipe. In addition, grab yourself a scoop and stuff it between a couple of snickerdoodles. Bon appétit!

Ice cream is, without a doubt, number one on the list of things to taste. It’s sweet, luscious, cold, and infused with cannabis. This delicious vegan 7-step raspberry ripple ice cream recipe is simple to make.

Stay smooth and subscribe below to stay updated on more sweet desserts!

In just 5 simple steps, this rich chocolate ice cream will have you soaring to new heights! A simple vegan dish.

When you’re done, pour a little weed-infused chocolate syrup over it for an extra delicious twist. Stay awake.

The simplest method to turn a pint of your favorite ice cream into cannabis ice cream is to soak it in a THC tincture.

Allow your pint to sit on the counter until it’s softened but not completely melted. This is a good opportunity to smoke a bowl, but that’s just us. Once your ice cream has reached chunky soup status, mix it in a medium bowl until smooth. 1 tablespoon of your favorite cannabis tincture (175mg THC) and mix well together. Pour back into the pint container and freeze again. Label your ice cream to avoid unintentional dosing, and have fun!

How do I make weed ice cream using cannabutter?

If you keep cannabutter in the fridge on a regular basis, this recipe is for you. If not, there’s no need to be concerned. You can always use our step-by-step instructions to prepare cannabutter.

How to make it:

Whip your cream using a hand or stand mixer at medium/high until stiff peaks form. Combine room temperature cannabutter, condensed milk, vanilla, and chopped mint in a separate mixing bowl. Fold the contents of this container into your cream carefully. Place the mixture in a freezer safe container and freeze for two hours. Remove and stir in chocolate chips before returning to the freezer for another 4-6 hours. Freeze for 6-8 hours if you don’t want to add chocolate chips. You’re ready to scoop after freezing it for 6-8 hours with or without chocolate chips!

How do I make cannabis-infused ice cream using weed cream?

First and foremost, you’ll need to make your weed cream.

How to make weed cream:

In a medium saucepan, combine the heavy cream and marijuana. Simmer for approximately an hour, just below a simmer. THC is activated at temperatures of 220 degrees Fahrenheit, however higher heat can ruin your high, so do not allow the mixture to boil.

After straining the mixture, place it in a fine mesh strainer or cheesecloth. Because some of the cream will evaporate during this procedure, combine your infused cream with non-weed cream until you’ve reached 2 cups. Blend at medium/high speed for about 30 seconds with a stand or hand mixer before chilling.

How to make cannabis-infused ice cream with weed cream

In a large mixing bowl, combine the condensed milk, vanilla and salt. Set aside. Using a mixer on medium speed, whip the cream until firm peaks form or about 2 minutes.

In a mixing glass, combine 1/2 cup heavy cream with the vanilla extract and powdered sugar. In a large mixing bowl, whip the remaining heavy cream until soft peaks form. On low speed, gradually add half of the whipped cream mixture to the condensed milk and carefully fold in until combined. Fold in the rest of the whipped cream after it’s been added. Pour into a container that is freezer safe and frozen according to directions on the package for about 2 hours (for maximum thickness). Swirl in any mix-ins like crushed oreos, candy, or chocolate with a spoon if desired before serving. Return to the freezer for 3 or 4 more hours before serving for maximum scootability. Serve and enjoy!